A collaboration among five American art museums based on a successful project in the U.K. last year and being billed as the “largest outdoor art show ever conceived” will bring art to the people through billboards around the country. The public will be invited to vote on works that have been selected as representative and the 100 most popular works (not just paintings) will be featured. A great way to raise awareness of America’s artistic past and present as well as making people aware of the treasure trove of works in the public domain. Read more here at the Los Angeles Times. (Note not all the works in the project are in the public domain – artist Georgia O’Keefe is among the artists whose work will be considered, however, the image presented here is not owned by one of the participating museums nor is it in the public domain.

The Vatican has announced that it will digitize 41 million pages of ancient manuscripts which will be accessible to anyone with an Internet connection. Read more here on the technology behind this great endeavor at Hyperallergenic.

Singer and song writer Drake has been sued for copyright infringement by a jewelery designer over an owl motif necklace. However, the singer has been using an owl logo very similar to that exhibited by the necklace and is claiming the necklace design is based on an ancient Egyptian hieroglyphic and therefore the design is in the public domain. The jeweler registered the design with the U.S. Copyright Office and it will be interesting to see how this plays out. If a court finds that the design has sufficient orginality then the court may award damages for infringement.  The owl is an ancient Western symbol of wisdom often associated the the Greek Goddess Athena and the city of Athens. 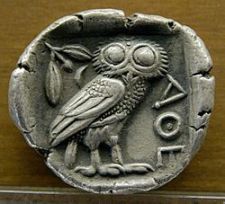 For those of you who need last minute Valentine’s Day cards  you’re in luck. Two sites, the New York Public Library and the West Virginia University History Center have vintage Valentine’s Day card collections. The WVU site actually allows you to send a card to a recipient. These cards/images are in the public domain since they were created before 1923 and are free to use. Materials created after 1923 may be in the public domain if they meet certain criteria such as having the appropriate copyright notice or not having their copyright status renewed – requirements under copyright law in the past. Here is a useful chart by Peter Hirtle from Cornell University that can help you determine whether a particular item is within the public domain. Remember that other materials such as most materials created by the federal government are in the public domain as well even if created recently and are free to use.

One of the most famous American and iconic works of art with a love theme – Robert Indiana’s  – Love (1966)  – was denied copyright protection as copyright protection is generally not afforded to short phrases or titles – even if it was executed in a distinctive font and design.

And finally a list of reasons from the Stanford Copyright and Fair Use Center on why you should love fair use.

How can we forget songs like Purple Rain – you probably sang it in the shower this morning. But lately Prince has been kind of a jerk by filing a copyright infringement lawsuit against 22 individuals (fan websites) and requesting damages of one million dollars against each of them for posting links to his music on the Internet. Now before you scramble to get that illegally downloaded copy of Little Red Corvette (See note below) off your phone – hold on there – the pint size pop star inexplicably dropped the lawsuit without prejudice – meaning he could file it again if he wants to make his fan base even angrier.

One distraught fan had this to say:

“Yes, bootlegging is wrong, but … who is next? Dude will even go after regular ass fans … really sad. Prince will be remembered for making some of the most beautiful music ever created and for hating his fans.”

He may have decided to drop the suit after his lawyers realized that one does not infringe copyright by linking to songs or other materials on the Internet. A link does not create a copy of the material it just takes you to it – the link is like the road that takes you to the bank – you could drive to a bank and rob it – but it wasn’t the road’s fault you robbed the bank. To date no decision in the United States has found that linking would constitute an infringement of copyright – in fact just the opposite has been found. Only the Dutch Courts have found linking to constitute a copyright infringement. And this is what we think of that decision. Now some decisions have held that an individual may be liable for contributory infringement if they post links to material that is clearly a “bootleged” or pirated – which is probably the case here but this is still a gray area of the law.

The lesson to remember is linking in 99% of cases is fine – probably not a good idea to link to something like this shaky video of the musical Wicked.

Note: Yes, I had to link you to a cover version of Little Red Corvette because Prince has done such a good job of keeping his content off the Web – way to go Prince now you got everyone listening to one of your most famous songs performed by Sarah Bettens – a Belgian for crying out loud. Also, you will need something called a mechanical license if you intend to cover one of Prince’s songs yourself.

An L.A. based coffee shop has decided to call itself “Dumb Starbucks” and is claiming that it can do so with impunity as the use of the name constitutes fair use and  parody of the Starbucks name. See the Wall Street Journal story here.

If I were a betting man I would not wager against the corporate caffeinated behemoth in what will probably be one of the most quickly filed lawsuits in history. (Disclosure: I’m having one of their delicious brewed coffees right now which may be affecting my disposition on the matter).

The dispute between Starbucks vs. Dumb Starbucks will most likely be determined under Trademark law under what is called the Lanham Act. The Lanham Act (Named after Tex. Rep. Fritz Lanham) is the federal law that governs federal trademark law (Note: Unlike Copyright you can register a trademark with a state government or with both the federal and a state government) While fair use is a concept in trademark law it isn’t likely to help Dumb Starbucks out too much – since one of the standards under the Lanham Act is that the use of the logo would not cause confusion amongst consumers – here that certainly is a possibility even if slight.  The other main concern a court would have is that the operators of Dumb Starbucks are using Starbucks Logo to turn a profit and compete in the same business. The operators may be subject to claims for dilution or tarnishment – this is especially true where a logo is already famous when a party begins to use the logo as is the case here.  Another story from USA Today – with better pictures here.  A history of the Starbucks logo through the last four decades is located here.

Update: It appears the Dumb Starbucks store was a hoax put on my Comedy Central comdeian Nathan Fielder.

Recording artist Kanye West has filed suit to stop the makers of a virtual coin similar to bitcoin called “coinye” that has a comical depiction of the singer. Unfortunately for West he does not know who the maker of virtual currency is – read more here from TMZ.

The Center for the Study of the Public Domain have released their annual list of titles that would have entered the public domain as of January 1, 2014 but did not due to extensions in copyright terms that will keep such works locked up for an additional 56 years. Read more here from the Center’s website.

Interesting piece from Reason Magazine and what might happen if authors did not have copyright to protect their works – the answer in short is that civilization would not collapse – read more here. 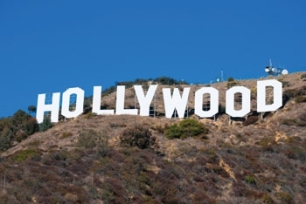 The Hotfile Locker service, alleged to  have been one of the 100 most trafficked sites on the Internet, has been ordered to pay $80 million in fines and damages to an assortment of Hollywood Studios. Read more here at CNET.

Philosophy is for lovers

News and analysis about the relationship between technology and copyright in the digital age.

Fraternizing with Fair Use in Academia

Center for Media and Social Impact